The WikiLeaks emails have been an eye-opener. In a better world the organization would get some sort of public service award, and its leader wouldn’t be holed up in the Ecuadorian embassy in London. From Tyler Durden at zerohedge.com:

In addition to providing a glimpse into the internal, and often confrontational, dialogue that took place within the Clinton campaign on topics ranging from Hillary’s email server, to coordination and collusion with the media, to the planning how to attack Bernie Sanders, to the fascinating strife and conflicts of interest within the Clinton Foundation and the Clinton Global Initiative, the Podesta leaks have also been instrumental in providing the public with insight into Hillary’s flip-flopping views on the TPP. Indeed, as the WSJ put it recently, a running question through the presidential race has been whether Hillary Clinton is…

Al Sharpton and Jumaane Williams raged against lack of attention to Caribbean victims of Hurricane Matthew—and demanded an end to deportation of Haitians. 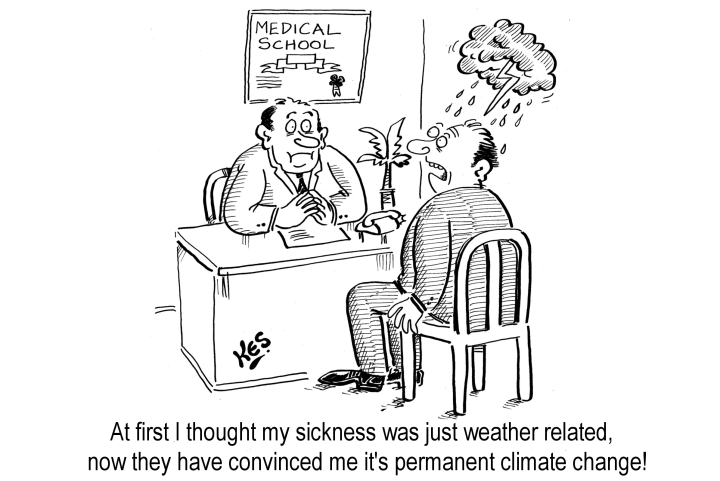 From the AMERICAN THORACIC SOCIETY and the “consensus is the same as data” department comes this eyeroller of a claim that seems to confuse climate, real air pollution, and weather. It looks like they are trying to give a whole new meaning to “allergy season”. Of course, it comes from the same George Mason university that […]

via American Thoracic Society beclowns itself – abandons data for consensus opinion on ‘climate related illness’ — Watts Up With That?

You don’t read much about it anymore, but the Fukushima reactor continues to spew radioactive material into the Pacific Ocean—300 tons a day. From Whitney Webb at trueactivist.com:

What was the most dangerous nuclear disaster in world history? Most people would say the Chernobyl nuclear disaster in Ukraine, but they’d be wrong. In 2011, an earthquake, believed to be an aftershock of the 2010 earthquake in Chile, created a tsunami that caused a meltdown at the TEPCO nuclear power plant in Fukushima, Japan. Three nuclear reactors melted down and what happened next was the largest release of radiation into the water in the history of the world. Over the next three months, radioactive chemicals, some in even greater quantities than Chernobyl, leaked into the Pacific Ocean. However, the numbers may actually be much higher as Japanese official estimates have been proven by several scientists to be flawed in recent years.